Emmaues: A Poem by Denise Levertov 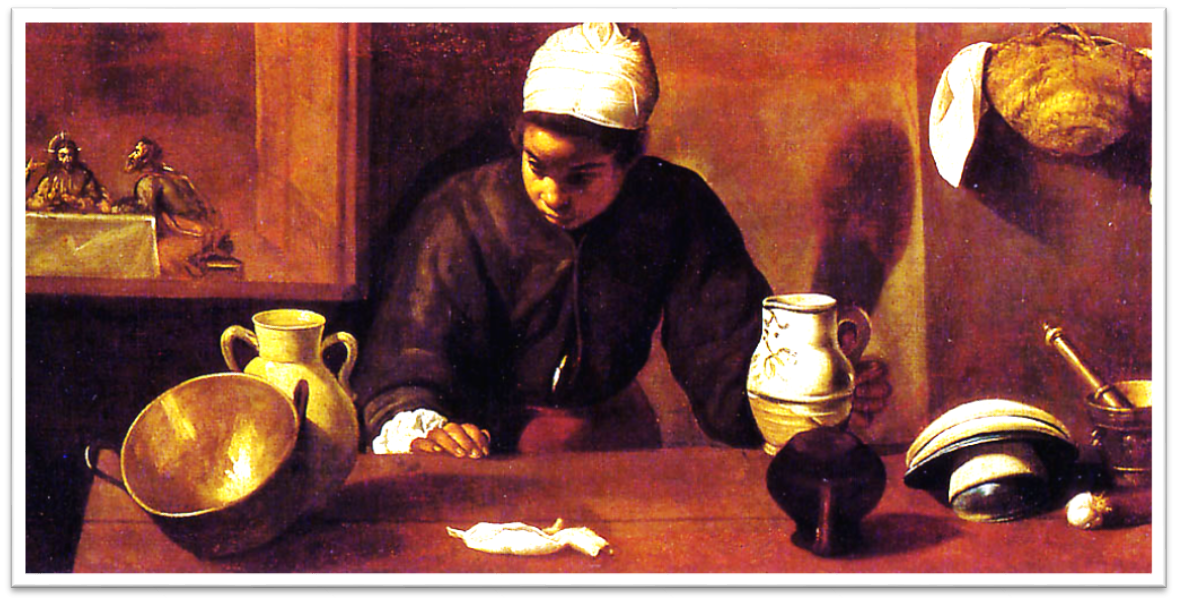 She listens, listens, holding
her breath. Surely that voice
is his—the one
who had looked at her, once, across the crowd,
as no one ever had looked?
Had seen her? Had spoken as if to her?

Surely those hands were his,
taking the platter of bread from hers just now?
Hands he’d laid on the dying and made them well?

The man they’d crucified for sedition and blasphemy.
The man whose body disappeared from its tomb.
The man it was rumored now some women had seen this morning, alive?

Those who had brought this stranger home to their table
don’t recognize yet with whom they sit.
But she in the kitchen, absently touching the wine jug she’s to take in,
a young Black servant intently listening,
swings round and sees
the light around him
and is sure.

For reflection in solitude or in the virtual company of others: First, read the scripture story behind Levertov’s poem (and the Velasquez painting) in Luke 24:13-35. Both the artist and the poet have stretched the story to include the servant girl. Following their example, can you stretch your imagination to include yourself? Where would you be? Walking along the road? Seated at another table? Helping in the kitchen? Somewhere else? How would you have reacted when you encountered Jesus?

Note: The poem was sourced from the website “Edge of the Enclosure” maintained by Suzanne Guthrie. Worth a visit!